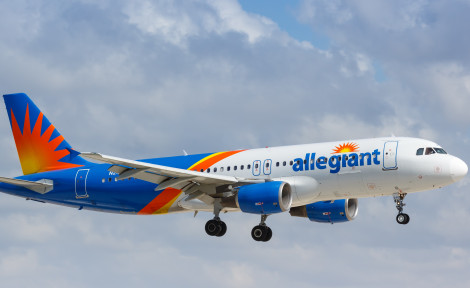 "We're thrilled to grow our network and provide Allegiant travelers with new flight options. Our recent announcement to begin base operations in Provo, Utah has opened the door for an expanded route map and these new flights will connect area travelers to four top-tier destinations," said Drew Wells, Allegiant's senior vice president of revenue and planning. "In addition, we look forward to connecting vacationers from Minnesota and Ohio to popular costal destinations in Florida. Allegiant is dedicated to providing the most affordable, accessible flights – without the hassle of layovers or connections."

The new routes from Provo, Utah via Provo Airport (PVU) include:

The new routes to Akron, Ohio via Akron-Canton Airport (CAK) include:

Flight days, times and the lowest fares can be found only at Allegiant.com.

*About the introductory one-way fares:

Seats and dates are limited and fares are not available on all flights. Flights must be purchased by May 8, 2022 for travel by Feb. 13, 2023. Price displayed includes taxes, carrier charges & government fees. Fare rules, routes and schedules are subject to change without notice. Optional baggage charges and additional restrictions may apply. For more details, optional services and baggage fees, please visit Allegiant.com.

Las Vegas-based Allegiant (NASDAQ: ALGT) is an integrated travel company with an airline at its heart, focused on connecting customers with the people, places and experiences that matter most. Since 1999, Allegiant Air has linked travelers in small-to-medium cities to world-class vacation destinations with all-nonstop flights and industry-low average fares. Today, Allegiant's fleet serves communities across the nation, with base airfares less than half the cost of the average domestic roundtrip ticket. For more information, visit us at Allegiant.com. Media information, including photos, is available at http://gofly.us/iiFa303wrtF