The History of Akron-Canton Airport

A look back to the early years of aviation development in the Akron-Canton region involves a complex cast of characters and a multitude of interests that resulted in a revolutionary government partnership.

The origin of the Akron-Canton Airport (CAK) evolved against a wartime backdrop. As with many airfields across the United States, CAK's initial funding was proposed at a time when the nation was most concerned about air defense, during World War II. Although fraught with controversy and delays, the Akron-Canton Airport's beginnings have laid an aviation foundation that contributes over $300 million in local economic impact and connects more than 1.4 million passengers to destinations worldwide.

On October 5, 1942, after the invasion of Pearl Harbor, Senator Harold H. Burton announced that the CAA had approved $2 million for the construction of an airport in or near Canton. The airport would have three runways, each 5,600 feet in length by 150 feet wide, on a tract of at least 800 acres that would be available for military aircraft. In order to secure the $2 million in funding, Canton needed to purchase the site estimated at between $100,000 and $200,000. In December 1942, Canton City Council approved a transfer of $200,000 from the Timken War Profit Tax revenues to purchase a site for the new airport. 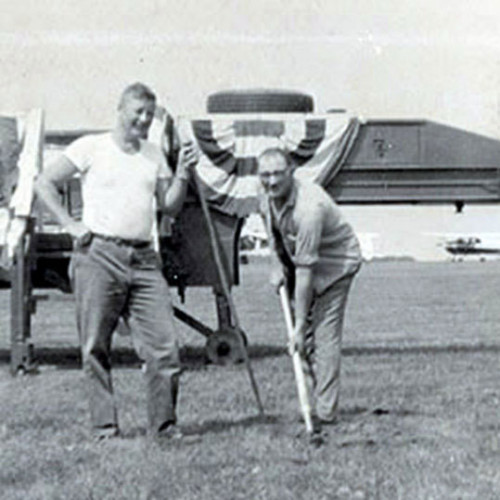 A Site is Selected

Because the original three sites were too small and the initial request had drawn out to more than two years, the CAA favored a site south of the Greensburg-Greentown Road in Summit County, north of Canton. The site was selected by Frederic S. Wilkins because of its excellent elevation and because there was plenty of room to grow. To salvage Stark County's influence over the development of the new airport, the Canton Chamber of Commerce, under the leadership of President B.T. Bonnot, advocated a bi-county approach to serving the 600,000 people who lived in both counties — Summit and Stark. Massillon and Alliance Chambers of Commerce also joined the committee. In 1943, Stark and Summit County Commissioners and Chamber of Commerce representatives agreed to work together on a jointly sponsored CAA airport. Early leaders of the airport development committee included: County Prosecutor D.D. McLaughlin, W.E. Spencer, legal advisor to Summit County, and assistant Stark County prosecuting attorney, Frederic S. Wilkins and five members appointed by the Canton and Akron Chambers of Commerce. 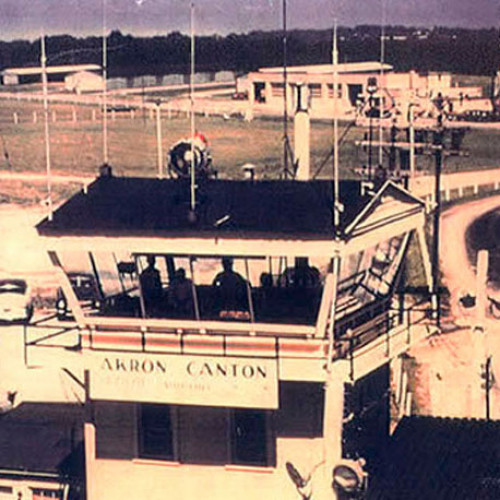 With the delivery of Stark County's $100,000, commissioners from both counties decided that Summit County Commissioners would purchase the property and operate, maintain and further develop it under the CAA. Summit County agreed to name the new airport Canton-Akron Memorial Airport. To fulfill their obligation to the joint facility, it was also decided that Stark County would provide 48.10 percent of the cost of the land. Summit County agreed to pay 51.9 percent of the land cost, giving them control over the operation and maintenance of the airfield. Operating revenues were restricted to an airport fund for operational purposes only.

Governance of the bi-county airfield came in the form of a board of trustees — two appointed by the Summit County Commissioners and two by the Stark County Commissioners. The trustees met quarterly, appointed the Airport superintendent and employees, fixed pay, and adopted rules and regulations. The trustees were also responsible for preparing plans and specifications for capital improvements, subject to the approval of the Summit County Commissioners. In March of 1944, the first four trustees were appointed: Henry H. Timken Jr. and F.S. Wilkins from Stark County, and Lon L. Tighe and Gillum H. Doolittle from Summit County. When Mr. Tighe died, he was replaced by Arthur F. Ranney. The agreement was rewritten in 1948 and again in 1955, when the board was increased from four to eight members. The airport was governed in this manner until October 1964. Then the Board of County Commissioners of both Stark and Summit Counties approved the creation of the Airport Authority pursuant to section 308 of the Ohio Revised Code. This newly enacted State legislation allowed the two counties to form the first bi-county Airport Authority in the State of Ohio. The airport has been governed by an Airport Authority since that date.

In February of 1946, eight months prior to the airport's dedication, American, Eastern, Capital and United announced their plans to move from Akron Municipal Airport to Canton-Akron Memorial Airport. Outraged, Akron City and airport officials claimed that the airlines would be violating their lease agreements if they moved. The airlines argued that the natural bowl in which the Akron Municipal Airport was located (with the Goodyear Zeppelin dock on one side and Derby Downs on the other), foggy conditions and short runways created hazardous conditions for commercial pilots. City officials also protested that travel cost would increase significantly if the airlines moved south.

To help alleviate the tension, the Airport was renamed the Akron-Canton-Massillon Airport. Later, Massillon was dropped from the name and replaced by "regional," representing the many communities that helped develop the airport over the years. Akron-Canton Regional Airport is currently the airfield's official name although the Terminal is often referred to as Akron-Canton Airport. 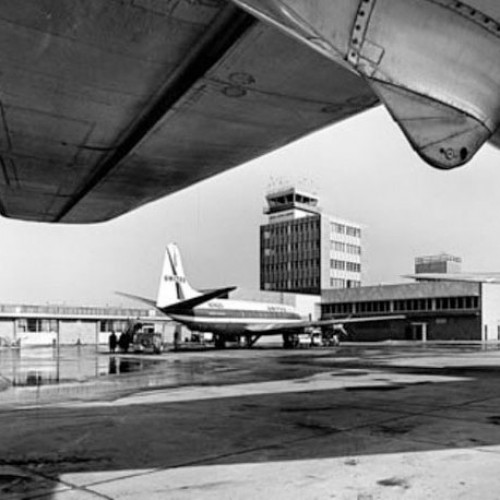 Akron Municipal Airport lost its fight to hold the four airlines in October 1947 when the CAA recommended that they be transferred to Akron-Canton Airport. Akron Municipal though, continued to fight the move, offering a huge terminal expansion and extension or their runways to 5,340 and 5,400 feet. It was not until March 9, 1948, that the Civil Aeronautics Board allowed the four airlines to move to the new Airport.

CAK takes pride in offering a relaxing customer experience and affordable fares. For more than a decade, Akron-Canton has offered the lowest average fare of any airport in the State of Ohio. Low fares to popular vacation destinations, and US and global flights, are easy to find from Akron-Canton Airport.

The airport sits on 2,700 acres of property, has two intersecting runways (featuring ILS landing), and a 24-hour tower. Safety is our number one priority. The CAK aircraft rescue and firefighting (ARFF) crew offer first response in the unlikely event of an accident. They partner with the City of Green Fire Department (along with many others) to respond to an emergency. 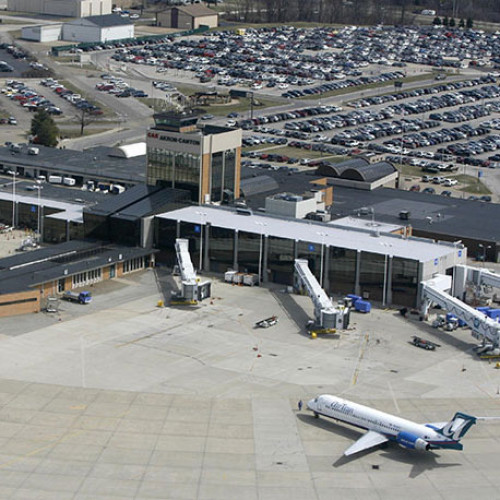 Public safety inside the terminal building is provided by the Summit County Sheriff’s department. Contact the Sheriff at the following number: 330.643.2181

The Akron-Canton Airport is a government agency formed by Summit and Stark Counties under Section 308 of the Ohio Revised Code. CAK is the only Airport Authority in the State, allowing for significant flexibility and jurisdictional authority. The airport is governed by the Akron-Canton Regional Airport Board of Trustees. The eight board members serve four-year terms, serve with no compensation and at the discretion of the appointing county. They can be reappointed indefinitely. Four of the eight trustees are appointed by the Summit County Executive (and approved by Council) and four are appointed by Stark County Commissioners. Our current board of trustees can be found here.